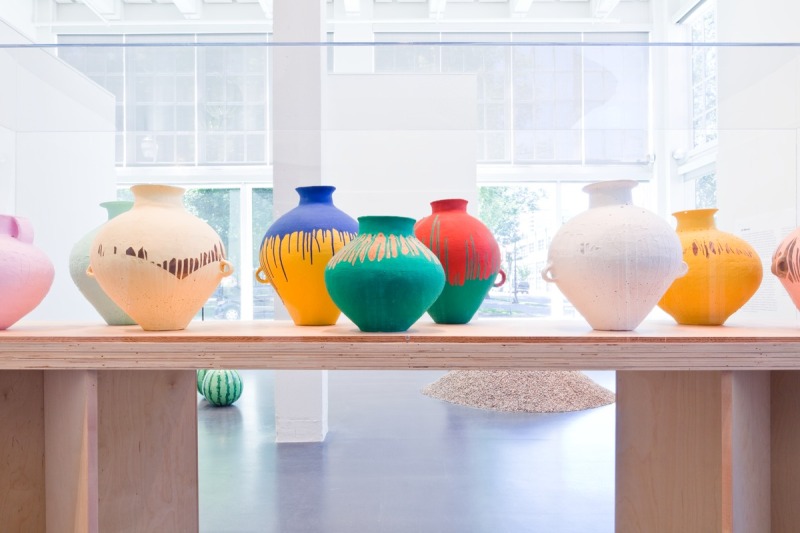 The work of Chinese artist Ai Weiwei encompasses a staggering collection of methods and materials including sculpture, installation, photography, curation, and activism. His conceptual approach to form-making is satisfying both intellectually and aesthetically. No easy feat for an artist practicing in a zone that tends to favor intellectual rigor over visual pleasure.

“Colored Vases” (2006) exploits both tendencies and plays them to the hilt. The work feels like a celebration of making, reveling in the application of gloriously luscious candy-colored pigments that ooze over rough-hewn, earthen pots. That is, until it’s revealed that Weiwei achieved the effect by dousing ancient Han Dynasty pots in industrial grade paint.

What exactly is the artist implying? Does the weight of his argument make the forms any less beautiful? By acting in the gap between the head and the hand (much like Robert Rauschenberg acted “in that gap between art and life”) Weiwei produces work that exploits mental and physical pleasures, creating pieces that linger in the mind well after they’ve been seen. 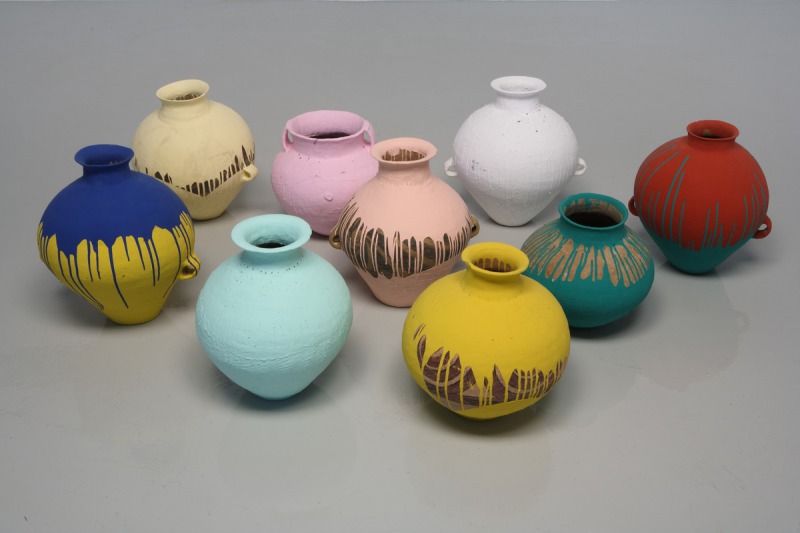 I’m getting closer to the final pattern on these gloves! The revised button hole area looks a lot cleaner and the standard worsted weight seems to work well. I’ve started laying out the final instructions, but then I will make one more pair to test the instructions and make sure I didn’t transpose any of the information. I hope to release this pattern soon!

No, not “Jersey Shore”. The Jersey Shore. The word “the” is very important here.

What I Knit on my Vacation 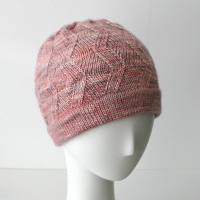 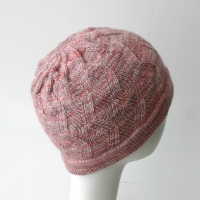 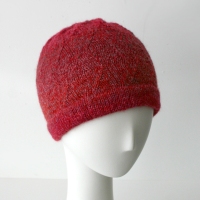 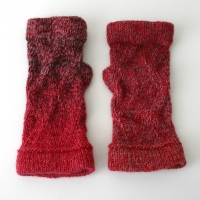 I had a few lovely days at the Jersey shore and brought my books and knitting along to enjoy some time relaxing. In addition to the knitting, we took walks and bike rides and visited the boardwalk. The best thing about knitting is you can do it pretty much anywhere, including on the beach. While I was there I also went into a great little local yarn store and got this red color changing yarn by Austermann called Murano Lace that is actually DK weight. Perfect for this matching hat and glove set! 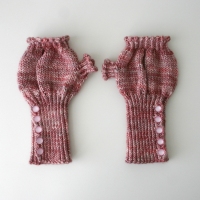 After finishing up the first pair of gloves, I jumped into a second pair to write down the instructions more completely. I used this beautiful Madelintosh Merino in Corsage. It reminded me of tulip tree blossoms in the spring. I really like this yarn and found the perfect buttons to use with it. After finishing the first one and starting the second, I decided to try doing the button hole section in standard stockinette on my third pair that I am working in a lighter worsted weight that I will use for my final measurements, etc. I like these a lot, but I think the button area will look a bit neater in the next version. 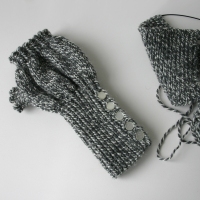 I’ve started working on my next pattern, which will be another fingerless gloves project. I’ve been working on iterations of these gloves for over a year and decided it was time to get it down on paper. I started out with the idea of making a glove with a ruched palm area. I liked how these looked, but decided to go further with the contrast in volume and explore both adding stitches and changing needle size to create these fun dandelion puff gloves. The volume in the palm makes them feel somewhere between a glove and a mitten and makes a nice pocket of warm air around your hand in the winter.

Unlike previous versions, I’ve reworked the cuff to button up the side. I’ve finished the first one and am working on the mirrored version for the other. It does take a little extra work to sew on the buttons, but picking them out is so much fun and they can really add a lot of personality! 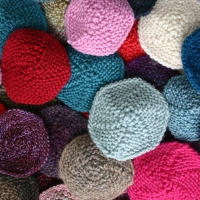 After seeing a few inspiring projects online (including this beautiful Beekeeper’s Quilt by Tiny Owl Knits) that utilize those scrappy bits of your yarn stash, I decided to devise my own project. I’ve been keeping a separate box for those little balls of leftover yarn and I liked the idea of a larger project with lots of smaller parts that can be worked on over time. I usually don’t have more than one or two WIPs going at any time, so I thought it would be a good challenge!

I really liked the shape of the Beekeeper Quilt modules, but I work mainly in Worsted weight, so I wanted to make something with bulkier yarn. After a few tests, I landed on this garter stitch pinwheel that knits from the outside in (like the crown of a little hat!). It looks good on both sides, so I won’t have to back it and it adds some bulk while keeping the work relatively flat.

I think the most fun will be laying out the colors once I have enough to make a throw!