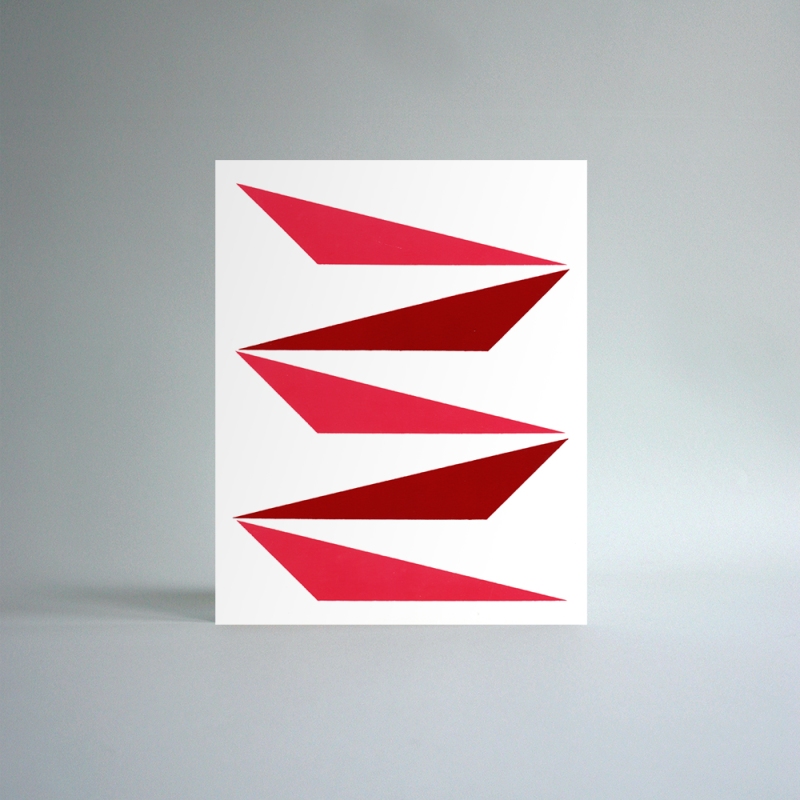 Just locked in two colors on this new screenprint for 2018. I’ve been very much looking forward to exploring more hard-edged, geometric abstraction this year and Untitled was an awesome design with which to kickstart the season.

Seriously, is there anything more exciting than designing a multi-color piece and locking in that final color on the print run? It’s like putting in that last piece of a jigsaw puzzle. The thrill never gets old.

Socks are one of the things I enjoy knitting for friends and family –  they express love in the effort they take but are a practical garment that can be made interesting with color and pattern. This year, I’ve been inspired by the ESK Yarnathon Zodiac Knitter badge to knit 12 pairs, though I know I will probably knit more.

I’ve focused on textured patterns in the past, pairing them with solids or semi-solid colors or simply striped colorwork. This year I decided to take advantage of some of the beautiful multi-color exclusive Under the Sea yarns paired with solids in addition to multiple solid color options. Here are a few of the first patterns I’ve knit up, just a peek of what is to come:

Superellipse Socks: This is one of 4 patterns created with a 2-color slip stitch technique. I love the simplicity of this technique in allowing you to slip stitches to create the pattern instead of relying on stranding colors. It keeps things from getting tangled and feels more like knitting stripes.

Paper Birch Socks: These are stranded colorwork socks, which can become a bit tedious and tangly, but well worth the effort. I love the idea of a solid color overlaying a color-changing yarn. It allows all of the beautiful detail to pop through with a restrained beauty.

Both patterns utilize an afterthought heel, which allows you to knit the sock pattern without interruption. This was a new technique for me, but I like the result.

2017 was the year I jettisoned formal, finished compositions – for one year. In place of a clearly articulated vision prior to printing, I tried loosening things up by composing on the fly, working in the moment and just rolling with it. I went with a few graphic patterns that piqued my interest – mainly dots and stripes – and played with them in random compositions as I printed. Some small editions came out the process, but the prints are all mostly unique. Color choices were determined similarly. I had some hues in mind to start but mainly just built up color as I went along.

It was all very different from my usual working method of super-tight, controlled situations where everything is designed and prepared in advance of production. In that scenario, production is merely a process devoid of all decision making – a means to an end and satisfying in a different kind of way. I suppose I was inspired by Sol LeWitt’s seminal Sentences on Conceptual Art of 1969, numbers six and seven in particular:

“6. If the artist changes his mind midway through the execution of the piece he compromises the result and repeats past results.”

“7. The artist’s will is secondary to the process he initiates from idea to completion. His willfulness may only be ego.”

Perhaps a little too much. Because I next wanted to bust things open and let it rip. I worried that things were getting a bit too dry, too expected. Working in the moment and forcing decisions would open things up, let fresh ideas in and set my work on a different course, I thought.

That happened. Sort of. Because the results are oddly not too dissimilar from my usual work.

The limited design elements really helped temper the atmosphere and hold it all together. Things could easily have gotten out of hand with a messy swirl of color and blobs of form. You know, like Lord of the Flies in two dimensions. Or worse, dried macaroni and construction paper collages. But here I got the best of both worlds: crisp compositions that emphasize simplicity of form and color combinations that I would not have otherwise considered. It was just the right balance of experimentation and restraint.

Take a look at a few of my favorites: 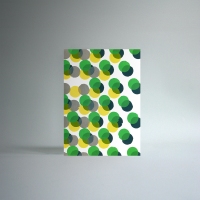 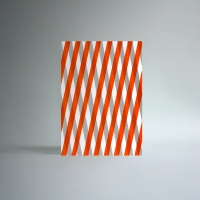 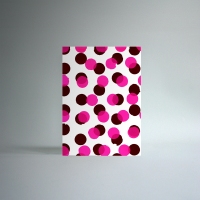 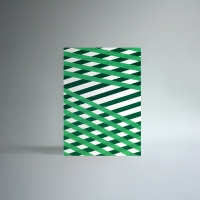