On Panguna, Keluar deliver an inspired combination of the exotic exuberance of 80’s synth-pop and classic, hard-edged EBM. But unlike many of the recent retro-electro throwbacks, this one sounds exotic, somewhat mysterious, a little bit dangerous, and – dare I say – fun.

Keluar manages to capture the mysterious, globe-trotting themes of so many 80’s synth-pop hits. Here, I’m thinking specifically of Duran Duran. The tracks carry the torch of classics like ““Rio”, “Hungry Like the Wolf” or “Wild Boys” to foreign lands and destinations unknown. And the lyrics pair nicely with the sultry, emotive delivery of vocalist Zoe Zanias.

But where the choruses on those 80’s hits can veer straight into middle-of-the-road, crowd-pleasing purgatory, Keluar instead ground the songs securely in the darker BPMs of classic electronic body music like Front 242 or BiGod 20. Really, the tracks on Panguna could best be summed up as “Wild Boys” meets “Headhunter” meets “The Bog”. Darker Duran Duran or lighter Front 242. No other description necessary, really.

Even as a fan of so much new music these days, rarely does a track excite and surprise as much as the title track. Everything here is interesting, complex, fresh and mysterious. When I put this on, I’m reminded of that rush of excitement you’d get when the DJ would put on an epic synth 12” to crush the dancefloor. One of those rare tracks that would get everyone moving, not just the electroheads.

An added bonus, here, is the addition of a Hacker remix of the title track. It’s an outright banger that delivers by smoothing things out with a roiling synth line and taut, crisp beats that crack like whip.

They tried to tame you, looks like they’ll try again. 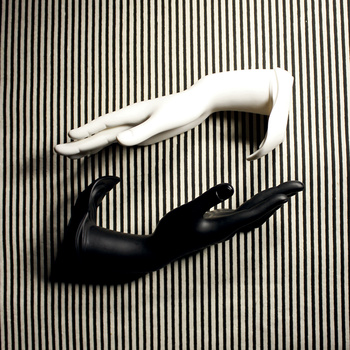 Lately (pun intended?), we’ve been listening to Nite Fields’ debut album, Depersonalization. T. Cole Rachel wrote in a review on Pitchfork that the band had been absorbing and faithfully reinterpreting early 4AD, Clan of Xymox, Cure, and New Order (personally, I’d also throw in some Church and Death in June). And while it’s true to the source material—dreamy, echoey, lethargic, retro—listening makes me wonder if all of the revival/archival aesthetics going on out there generally is a good thing. Don’t misunderstand, as a nostalgic, approaching-middle-age music fan, I’m all about it, but I’m not sure it’s very productive in the grand scheme of things. You know, say, being a quasi early 80’s cover band versus pushing new boundaries. I suppose that’s a compliment that speaks to the band’s ability to recreate a certain sound, I’m just not sure how healthy the tendency of mere reproduction is. Going down that road tends to reduce the music (and ensuing discussion) down to nothing more than a laundry list of references and influences.

Then again, cribbing from previous styles is nothing new. Really, it’s been standard practice for ages. And amid all the retreads that such endeavors encourage, this is often where new ideas are hatched and permutated into something fresh. New life breathed into dead ends.

So there. I pretty much just turned my original commentary on its end. That, and we can’t seem to stop listening to this thing. When it’s good, it’s good. Embrace it. For now, let’s just zone out and enjoy the ride. 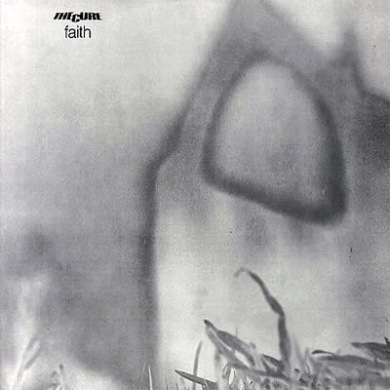 Let’s start by conceding that 1989’s Disintegration is the Cure’s best album. Period. Followed by 1982’s Pornography in a close second place.

So that’s all fine and good, but I think greater attention needs to be paid to their 1981 effort Faith. Yes, their third proper album generally gets lumped in with Seventeen Seconds and Pornography as a prime example of their early goth or post-punk phase (if you’re into easy, lazy musicological name-checking) but that’s about all you read. The former gets some notice for seeing the band veer towards something darker and atmospheric while the latter gets the lion’s share of attention for being, arguably, the pinnacle of bleak, depressing rock music.

Faith is a quiet, introspective affair with a pervading sense of emptiness, confusion, and loss. You could say it’s the calm before the storm that is Pornography, their next record. On that album, the confusion turns to impatience and the creeping tension bottoms out to expose a complete sense of hopelessness that’s transmitted via dissonance, pounding and line after line of cryptic prose hurled in your face. Seriously, my lengthy explanation here is not nearly as verbose as some of the lyrics found on Pornography.

But the songs on Faith are generally shorter and sweeter: some wispy, ethereal moments (“All Cats Are Grey”, “The Funeral Party”) and some catchy, uptempo moments (“Primary”, “Other Voices”,  “Doubt”) anchored by a few darker turns (“Faith”). The album feels more like an extension of post-punk than anything akin to the campy, self-conscious, theatrical world of goth. Much like Joy Division, the songs are generally spare, skeletal arrangements mustering up just enough energy to fill echoing, emptied out rooms; spiky, meandering guitars anchored by throbbing, purposeful bass lines. Compared to the claustrophobic bombast of Pornography, Faith feels downright frail and nearly invisible.

Faith is the perfect record for a snowy afternoon or chilly autumn evening. That said, I suppose it’s no coincidence that I’m reminded of this album on this day. If you haven’t heard it, please do check it out. It’s one of our favorites.